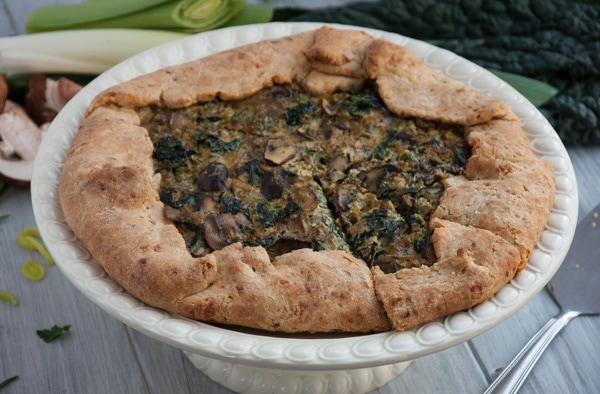 I’m not sure which is my favorite part of pastries – the flaky crust or the filling. Luckily, with this galette recipe I don’t have to choose and neither do you. Today, my friends, you really can have it all. The crust has a wholesome rustiness from using 100% whole wheat pastry flour while the savory inside is full of the best of the veggie world, mushrooms, kale, and leeks. All of this wrapped up in one delicious package.

I’m not sure what it is about them, but leeks always seems like such a sophisticated alternative to onion. Like the sassy, dressed up older cousin of the onion and garlic family. Maybe its because of their prevalence in French cuisine, which is without a doubt the ‘fancy food’ capital of the world. They taste like a combo of onion and garlic making them a perfect ingredient in all things savory.

Between leeks and pastry crust, creating this recipe got me out of my comfort zone and into the world of fanciness. Pastry always seems so intimidating and I’ve shamefully relied on store bought crusts more than I’d like to admit. This was my first time making my own crust in years. Seriously, yeeeeears. And I don’t think I’ll ever go back… 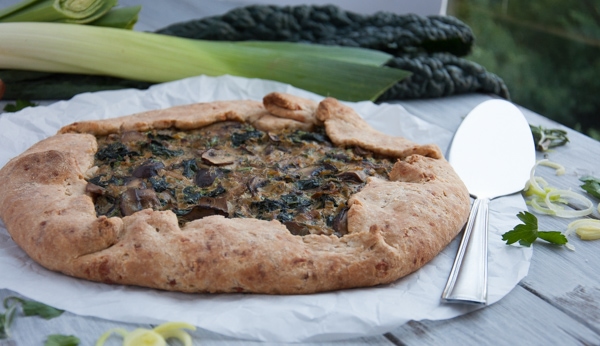 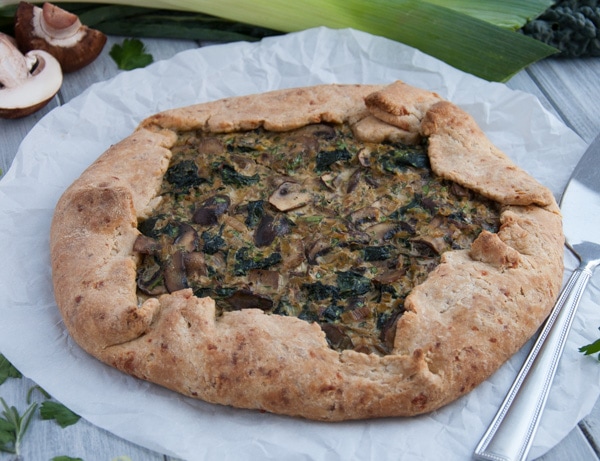 which makes this recipe easy as can be. I’ve been lusting over this food processor for an obscene amount of time now

, but just can’t bring myself to bite the bullet and order it. Its so shiny and new and pretty. Mine is functional, but has definitely seen better days. In all fairness, I’ve had the thing for about 8 years and use it at least once a week so it has more than outlived my expectations. 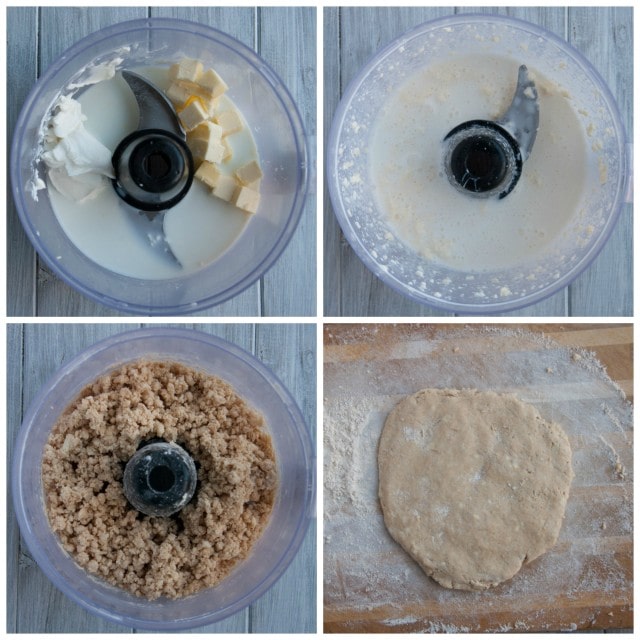 The filling is equally easy. There are a few different steps involved so while it isn’t necessarily complicated, its definitely not a quick recipe. This is the stage where all the veggies get packed in which is critical because they’re the saving grace for dubbing this a ‘health food’ pastry. I know calling anything built on a canvas of flour and butter ‘healthy’ is a bit of a stretch, but we’re just rolling with it on this one, okay? Okay. 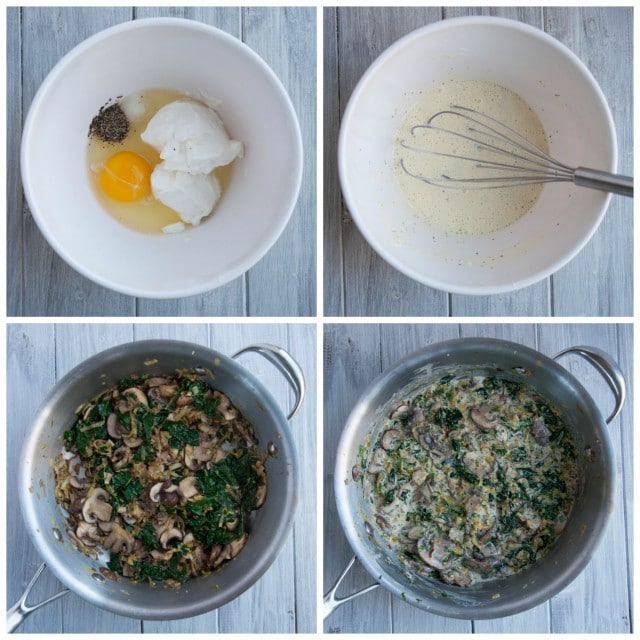 The assembly part was kinda fun. Part of the fun probably came from conquering my fear of pastry making, but all that aside, there’s something rewarding about making a dish like this. Its impressive looking, it requires assembly, its an all around good time. The perfect recipe for a rainy Saturday at home. Relaxing bluesey tunes playing in the background are pretty much necessary and should probably be added to the ingredient list. 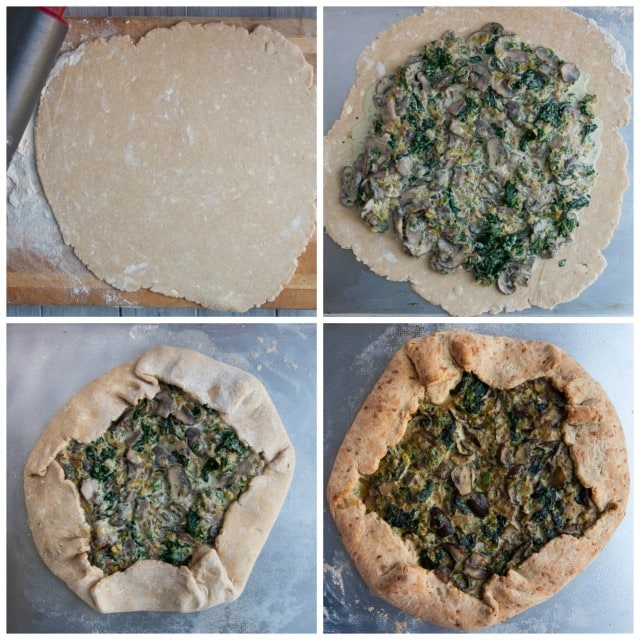 Galettes are flexible enough that they can be served as an appetizer, breakfast, dinner, or anything in between. So whatever time of day it is, serve yourself up a slice and take a minute to kick back, relax and savor the moment. 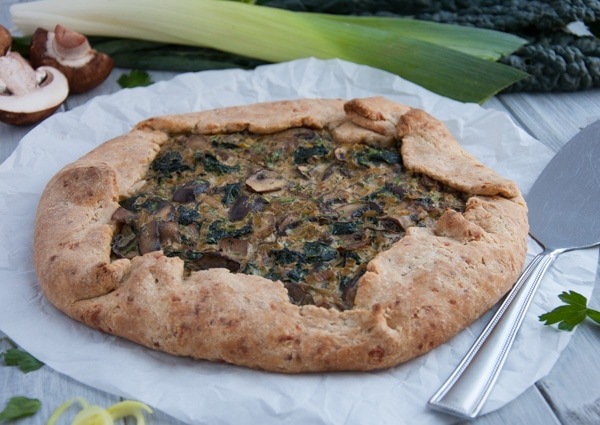 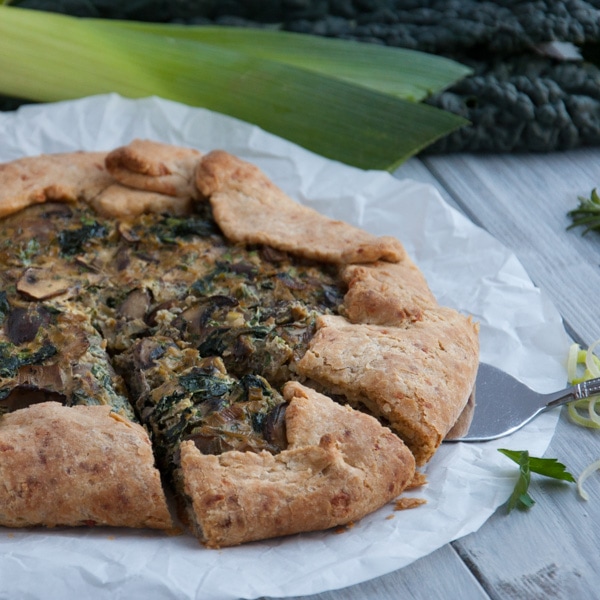 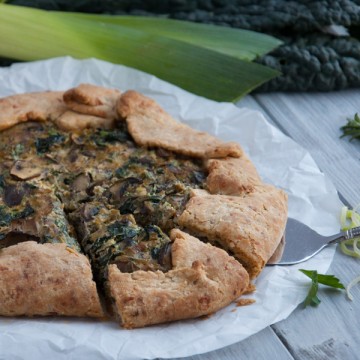